A Peek into Hush 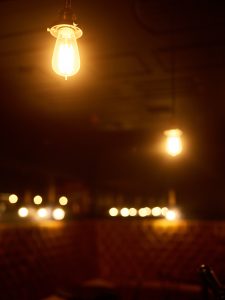 Welcome to Greensboro’s first true speakeasy. Why do we say the first true speakeasy? In the 1920s and 30s alcohol was prohibited in the United States. There were individual states that had outlawed alcohol, however there wasn’t a nationwide ban until the 18th amendment was passed in 1919

So until December 05, 1933 you could not legally obtain alcoholic beverages. Out of the prohibition era grew the popularity of the speakeasy. There were secret doors behind or within different establishments leading to hidden rooms with full service bars, and you had to know the password to enter. The only way to learn the password was to be “in the know”. Therefore, in order to get into Hush, you must know the password. Hush is a classic scene and everything tells a story. From the golden banquette that lines the bar, to the doors that line the ceiling representing the secret doors that you had to know back in the 20s, Hush keeps it classic. Most importantly the specialty cocktails are absolutely amazing and designed solely for Hush members! Though alcohol is now legal, the fun and exclusivity of being in the know lives on through Hush. To become a member, “Follow your sweet tooth to Morehead Foundry”. The Baristas can point you in the right direction! #AreYouintheKnow